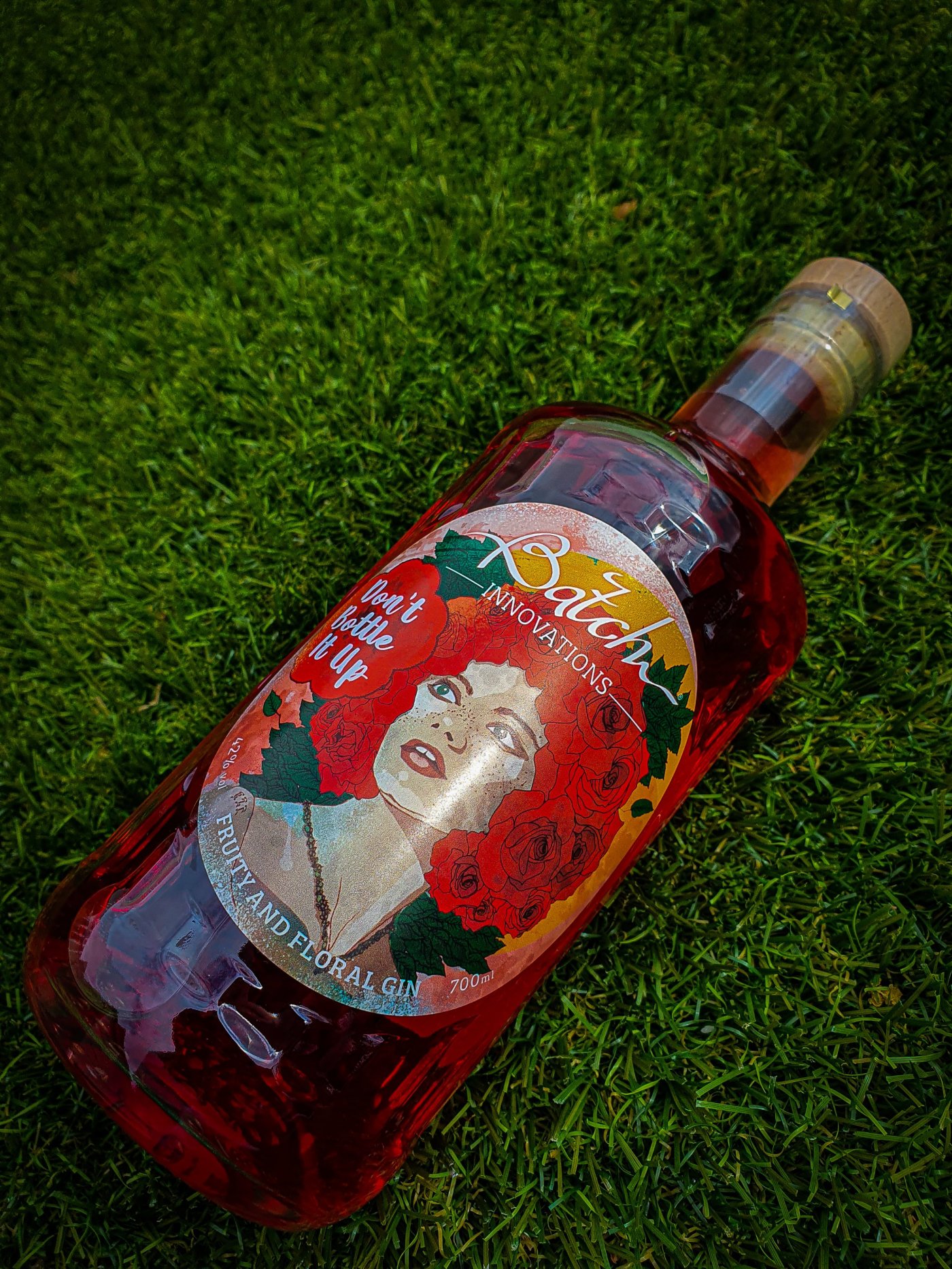 I put a tweet up a couple of months ago in relation to getting suggestions for gins to do for my Pandemic Praise series.  I wrote the criteria and awaited any additional brands that fit it that I wasn’t aware of.  There was the suggestion of Batch.  I went away, read up, and, unfortunately, came to the conclusion that they didn’t fit the criteria for that segment…  They reached out to me anyway saying that their next Innovations gin might be of interest.  They couldn’t tell me anything about it at the time but obviously I was super intrigued.

I knew Batch Innovations had released some extremely interesting and unusual flavours so I accepted their kind offer to send out a bottle once it launched.

Fast forward a few months and I received the gin…  The absolute first thing I noticed was they had used me as the cover model…  That was really very flattering.  Secondly I sat and read the label and the leaflet that came with it. 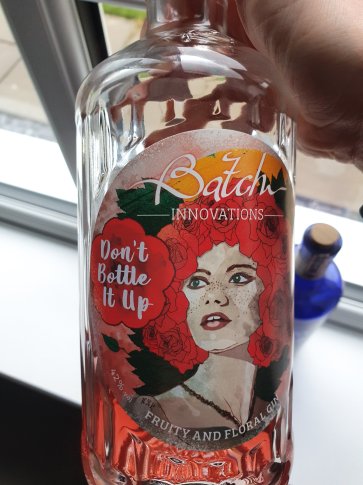 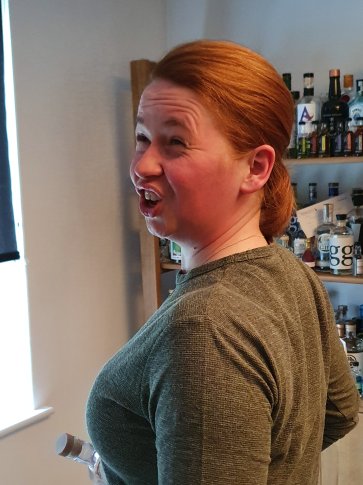 As you can see…  Its absolutely uncanny…  Anyway…

From the bottle – “Don’t Bottle It Up symbolises love and compassion.  Having a sensible drink with friends and opening up in a safe place has allowed the Batch team to talk about our own mental health.  Don’t Bottle It Up is crafted with care and is perfect to share with those closest to you”

The gin came about when Batch distiller Ollie noticed that the mental health of the nation was on the decline.  He then took it upon himself to create a gin to help raise awareness around mental health but also to help highlight the help that’s out there and readily available 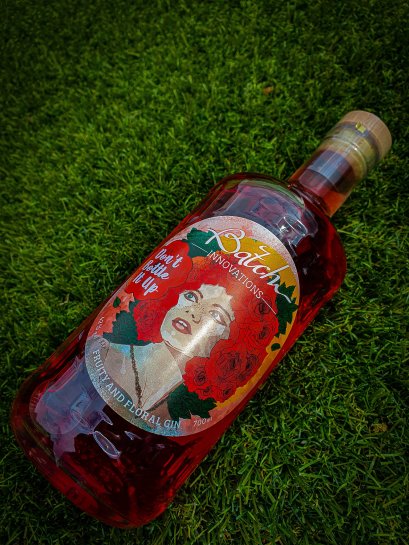 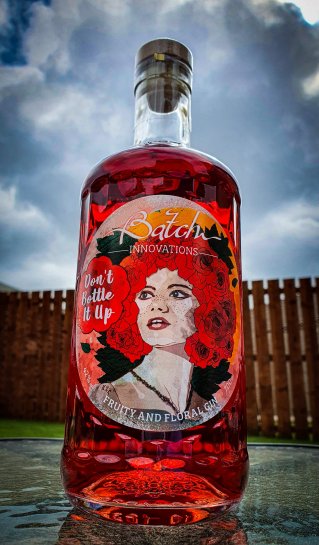 STORY
Like so many gin brands Batch started out in a basement in 2012 and, fun fact, actually were making beer before touching gin distilling.  Once they got their distillers licence they started experimenting and working towards creating Lancashire’s first gin.

In 2015 Batch were still distilling from Ollie’s basement and all those involved were having to work full time elsewhere and, for their efforts at Batch, were paid in gin…  Not the worst!!!  This year also saw the brand exhibit at a gin festival for the first time and thereafter going on to win silver at the San Francisco World Spirit Competition.

The guys then got on board with Booths Country to help them distribute a bit further afield and reach a larger customer base..  They outgrew the basement and grabbed their new property – Habergham Mill – where they eventually commissioned the building of Adrien, their 165 litre still.

With the new digs up and running and a swanky new big still the guys decided it might be time to experiment and expand the range a wee bit.  Like so many brands they decided to hit local botanicals and flavours and went with the whinberry (bilberry).  The whinberry gin went on to win silver at the San Francisco World Spirits Competition.

It was at this time aswell that they introduced their vodka…  It makes a killer martini…  Least thats what their website says!

In December 2017 they entered the homes of thousands through a gin club…  On top of that they won the UK’s number 1 gin after 25000 votes and nearly 5 million G&Ts.

This year also brought their new 3200 litre cognac barrel all the way back from a family holiday in France.

2018 saw the beginnings of the Innovations range with their experiments being bottled and sent out into the world…  These included Lancashire’s first rum and absinthe flavoured gin.  Their apprentice was also let loose and created his own vodka…  That wasn’t it for 2018 though as they went on to hoover up some more awards including their Industrial Strength coming up trumps as one of the best gins in the world…  They’ve come a long way…  They continue to innovate and create…  Delighting the bellies of so many, so regularly.

Now…  Back to this month’s Innovation Gin…  Don’t Bottle It Up.

Distiller Ollie used rose botanicals in the gin as they symbolise love and compassion.  A balance of new beginnings and hope.

His hope was that people getting together to enjoy a responsible and social drink would help loosen the tongue and allow people to feel relaxed enough to open up and unburden themselves.

I, personally, feel that this is a good time to be putting this message out there.  People are stuck in the house, unable to see family and friends outside their household.  People are physically and emotionally isolated and not everyone feels comfortable talking about their emotions and opening up.

Take a moment to sit down with those you love.  If you live together, get together.  Stick Heart 90’s on the radio, grab a drink and open up to each other about everything and how you’re feeling.  If you’re not living together get on the video call thing and chat…  Just be present for each other…  But also keep an eye on each other…  Watch for others struggling…  Make sure they’re alright…  Be a safe place for them to chat.  Make sure to drink responsibly under the circumstances…  But take the time to be together physically or virtually…  You’ll feel better for it.

The nose doesn’t do too much to change this thought…  Immediately I pick up what feels like vanilla…  I then pick up the juniper and, I’ll hold my hands up and admit…  It’s stronger than I thought it was going to be!  The other scents I pick up nice and clearly are raspberry, strawberry and blackberry…  It’s fresh but, with all that fruit, there’s always the concern of the level of sweetness.  Also as I swirl it about it cliiiiings to the glass…  Always reassuring.

To taste this neat you get a lovely hit of juniper, a slight sweetness that lingers on the tongue but, rather oddly, it shares the space quite happily with a warming spice.  It’s not as floral as I’d have thought given how potent rose can be…  The gin is sweet and sour the way you would expect from something using the berries it has…  It is surprisingly juniper-y.

Popping in some water and we get a, kinda, “zingy-ness”…  Its much more on the sour side than the sweet.  The juniper isn’t quite so obvious here and the spice has all but disappeared.  What it does though is bring out the floral side in a little more detail…  The nose has a big hit of strawberry. 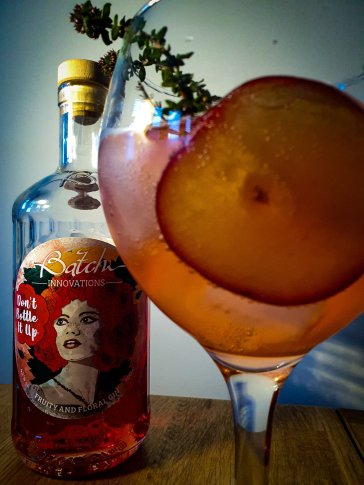 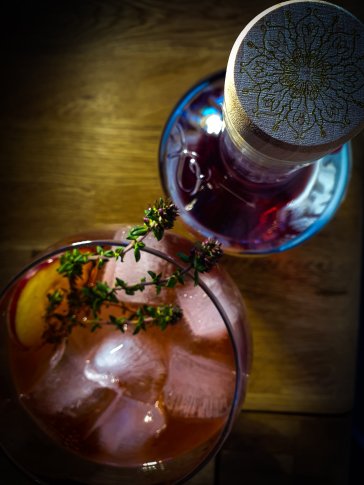 Adding in some tonic is the sweet spot here…  The quinine mellows the sweetness right down and this goes from being a gin I probably wouldn’t drink, due to the level of sweetness, to being one that I could enjoy here and there.  It’s funny because it becomes almost citrusy which I very much liked.  The suggested garnish is plum and thyme which worked really very well.  The thyme brings a sorta savoury hit and compliments the citrus vibe I was getting and plums are just great, aren’t they?

In all honesty this isn’t the type of gin that I’d normally go for.  It’s not one I’d take neat as it’s a little on the sweeter side for me personally, however, in a G&T this was really quite impressive.  The balance of the tonic and the sweetness is just lovely.  I back this gin 100% and everything it stands for.  I love it’s message and what it’s trying to do. 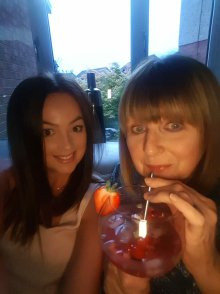 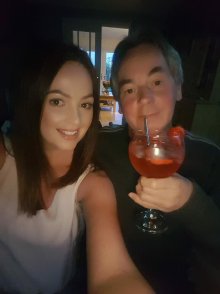 In the spirit of what this gin was going for and the message it was trying to send I forced people I know to spend time together by providing them all with a sample of the gin under the agreement they’d drink it with folk they care about whilst enjoying themselves and intrude upon that time to take a photo which they would send to me for the review.

Most of those that were in receipt of some gin are keyworkers from various different professions. 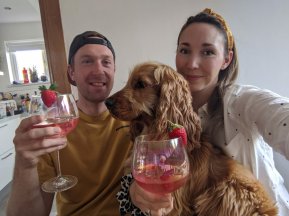 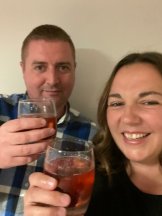 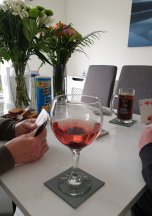 It’s also worth being aware that some of the proceeds from Don’t Bottle It Up are being donated to Lancashire Women which is a charity which provides access to mental health services to both men and women.

I hope you enjoyed this extra review this month.  Given the nature of the Batch Innovations gins I figured best to get the review out there quickly.  I reckon this gin is best served tall with loads of ice in the garden, sunshine and good company

If you’re in need of shenanigans on a regular basis follow my social media:
Instagram
Twitter
Facebook
We get up to all sorts on there and its generally good fun…  You’ll also be able to join in the Pandemic Praise where each week we pay tribute to the brands that have given back during these rotten times.  You’ll also be able to join in with live cocktail making classes and other “interesting” bits and bobs…  Its fun…  A bit mental at times but we enjoy ourselves.

Big thanks to those that gave me some photos…  My access to people was limited due to the lockdown so this lot are the best I could do!

Also huge thanks to the guys at Batch for sending me the bottle!!…  As you can see from he photo…  Between the reviewing and giving it away theres not a great deal left!!!  The feedback is thats its been well enjoyed! 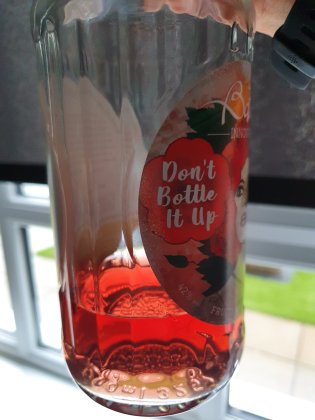 As always…  Stay home, stay safe and Don’t Bottle It Up.

PS…  My friend James got a little carried away with the filters…  Here’s some he sent me while he enjoyed his gin and I’ll see you all next month! 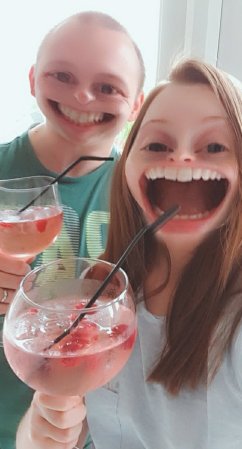 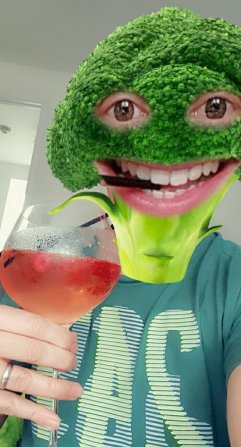 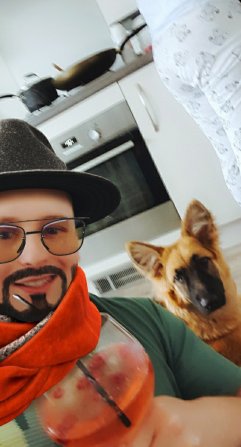 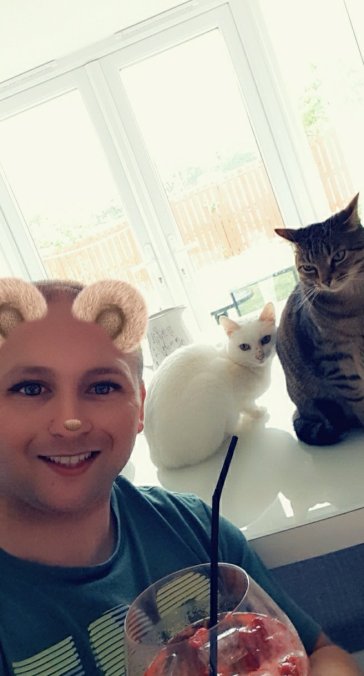 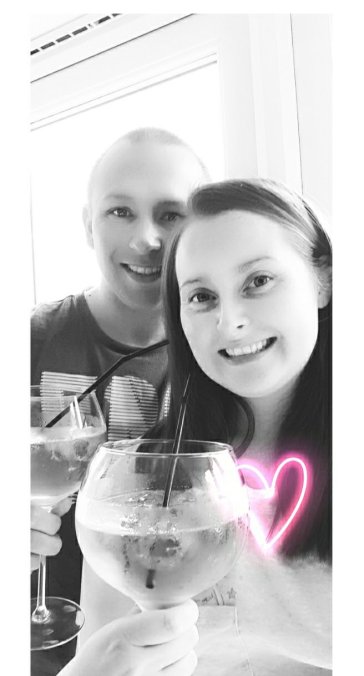 One thought on “Bonus Review – Batch Don’t Bottle It Up”