Well… Time for something a little bit different.

If I think back a few years I can put my hand on my heart and say with total honesty that I HATED beer… With everything in my body. But then my only experience of it was the old timey stuff my dad used to drink that was about before good beer was invented.

I then bought a voucher for a craft beer place for some food and a pint as my other half liked beer and I figured that, worst case scenario, the pint won’t go to waste and I can have a gin… No harm done. But the staff were so helpful and brought us samples to try etc and I quickly realised I had a new, additional love.

Anyway… We fast forward to May(ish) this year and I was chatting to the good people over at Glacier Fire about their tonics and they offered to send me some out… I then, a couple of days later, received another email from them offering to send out some beer… It was a smashing week.

So I received them, fired them in the fridge and waited for the opportune moment to sit, savour and note about them… That took some time. I’ll never rush sampling and reviewing as, if you’ve been kind enough to send me your product I want to really put the time into it and not just jot down some quick notes while having a quick beer/gin before I go out. Know that if I’m reviewing your product I’ve sat with my pad and pen and took all the time in the world to drink it. 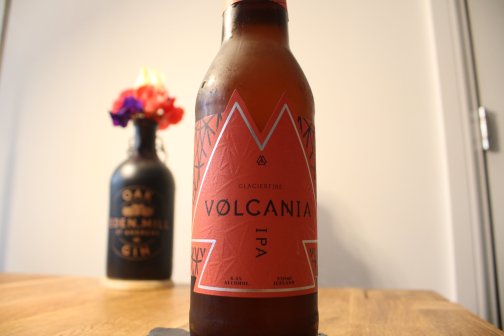 Based – Reykjavik, Iceland
ABOUT

Ok so before we really get going here let me start off by saying that Glacierfire pretty much do every single type of liquid… From water to beer to gin and everything inbetween.

I’ll be looking at the tonics in a later post (the big tonic blind taste test I’ve been talking about all year!) so for this review we’re focusing only on the beers.

So the beers are brewed and crafted in the family owned facility and farmstead in borgarfjörður. Created in small batches using the Icelandic spring water and using a meticulously-formulated recipe that carried through the flavours of the natural high-quality hops and barley.

The Glacierfire guys use sustainable ingredients and energy where possible including, of course, the Icelandic volcanic spring water…. Of which they use 0.01% of the overflow and they fuel the bottling facility using geothermal and hydroelectric power. Another interesting thing is how they ship the products… In order to maintain a low carbon footprint they utilise empty space on cargo ships already heading out to the US and Europe… And, of course, all the packaging is recyclable.

ALL the drinks these guys make use the natural springs. The water is bottled at source and the first time it feels the air on its liquidy face is when you open the bottle. The water is pure and natural… Naturally filtered by the lava fields the water requires no further treatment… These will likely be the most natural, unadulterated drinks you’ll be able to find.
MY REVIEW

Before I begin these beers were given to me by Glacierfire for the purpose of this review.

The thoughts contained in this review ae my own and have not been influenced by Glacierfire.

Lets start at the most obvious beginning… The bottles. A classic brown glass bottle allows the labels to stand out. The beer has a stunning light blue label, the IPA has a bold red one. Both are classily embossed with black writing and silver accents. What I do find interesting is how small the branding is. They’ve shrunk the logo to allow the word “VOLCANIA” to dominate the bottle… It certainly would catch the eye as it’s not a word you see being thrown around alot. 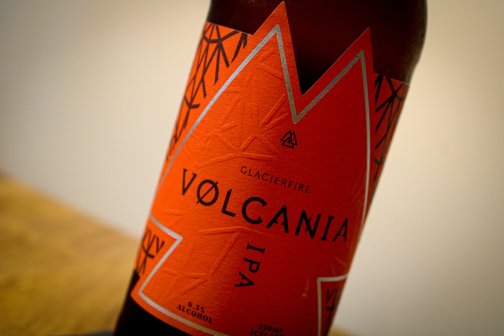 The neck features a small label that is the same colouring and style as the main label with “BORN OF FIRE” proudly displayed.

Then there’s the bottle caps. The guys at Glascierfire want their liquids to be enjoyed at the optimum temperature and to help you achieve this easily the thermochromic cap will tell you when the contents are 3.5*. This is the temperature at which the glacier turns to water and is, therefore, the best temperature to enjoy the drink at its purest – “as raw as a droplet from a melting glacier”. 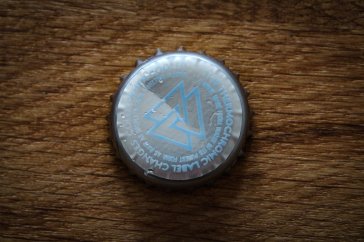 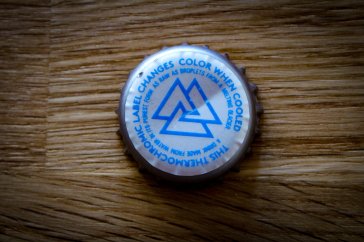 Ok all this is great but how do the beers taste?

Lets start with the beer…

A lovely lighter colour with a very slight haze as its poured.

Getting my nose in I noted a very slight hint of caramel.

With the first taste I noted the scent was followed up with a lovely caramel flavour. The carbonation was very light which was enjoyable as I didn’t feel it would bloat me. 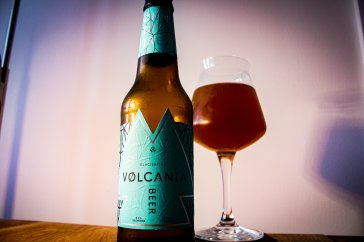 The finish was extremely smooth, not bitter at all and very very light.

I’d suggest this beer would be great with food because the flavour was quite subtle and wouldn’t overpower the meal… Also the light carbonation means it shouldn’t fill you up like some other beers might.

The colour of this guy is quite a bit darker and with only the slightest haze. 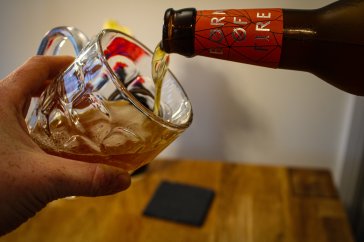 The scent here felt, to me, that it was caramel… Again… But slightly stronger.

First taste I caught some pine right at the back of my tongue… The pine moved towards a citrus kick before feeling almost perfumed which, personally, I didn’t like. It is worth noting, however, that this perfumed taste lessened as I drank which made the beer overall more enjoyable.

At the end I became aware of a burnt caramel taste which I didn’t dislike… In actual fact I’d go so far as to say it gave the drink a bit more depth.

The aftertaste was slight orange.

The IPA had a much deeper flavour profile and, as such, wouldn’t be one I’d have with food as I’d like to sit and enjoy all it’s little nuances. 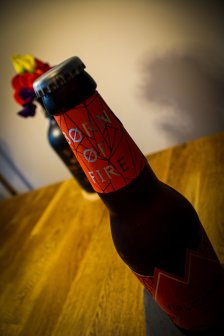 The third and final beer in their range is the 4.5% Ale which I have not tried.
SUMMARY

I have to admit I really enjoyed these beers… The smooth feel and lovely carbonation level were things I really loved. I also liked that the to beers had similarities in their flavours… Almost like a signature… However they then move into their own and shine.

I’d definitely recommend trying these beers if you can and I’d have loved to have been able to try the whole range to see if that signature runs through all three beers.

The only thing I will say is that the Glacierfire shop isn’t working at the time of writing and the links on the site elsewhere take you to Amazon which is where I took the pricing from… And I can’t honestly say that any, singular, bottle of beer is worth £8.49.

Big big thanks to Glacierfire for the beers… They were absolutely smashing.

Hope you enjoyed this review… as alway go follow my social media if you don’t already so you no longer need to hide in the shadows so noone can see your shame.