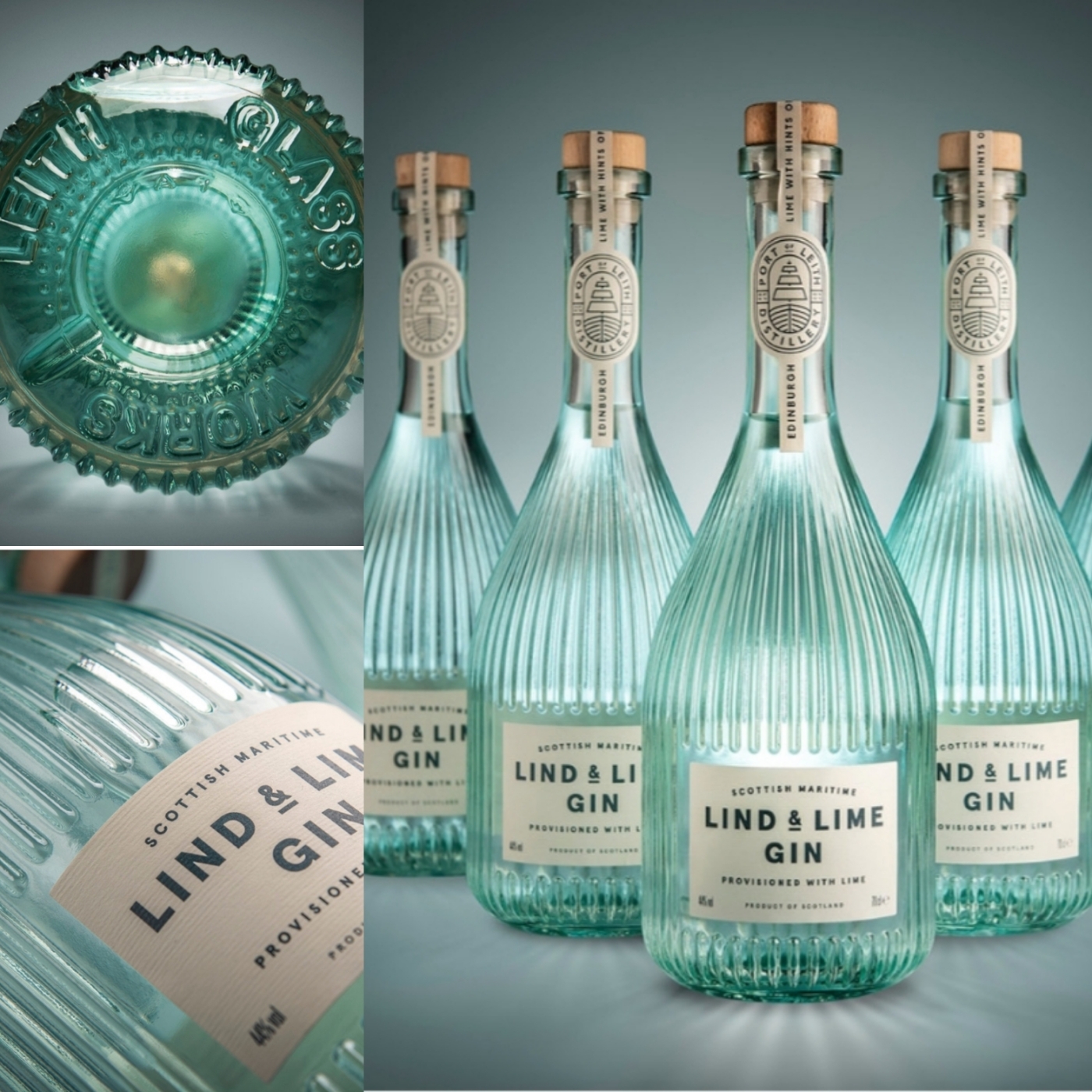 This week has been quite an interesting week for me in terms of my drinking and the news in the industry.

Let me start off by talking about the latest Scottish Gin to launch.  Lind & Lime Gin hails from Leith in Edinburgh.  Using 7 different botanicals including juniper (obviously!), pink peppercorns and lime these guys think they’ve found the perfect harmony of flavour. 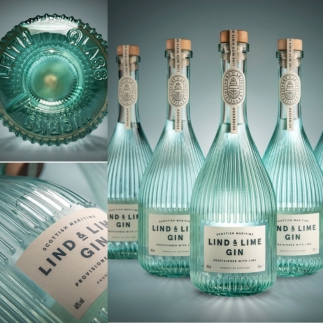 Named after Edinburgh native James Lind who carried out, what was essentially, a clinical trial of those suffering from scurvy in the 18th century.  His book, A Treatise of the Scurvy, noted that the use of citrus fruits appeared to make a notable difference for those suffering the ailment.

So…  We have a new gin…  With an interesting back story/namesake…  But with this particular one we also have a standout, somewhat unique and “high end” bottle in its appearance.  You can read about the story behind the bottle and its styling (and more about James Lind himself) on the Leith Distillery website which I’ll link below…  Suffice to say, though, even the bottle tells a story.

In a world where the gin market is quite saturated new gins NEED to stand out somehow and, as Scots, we love a story and this one tells two.  The online community is buzzing about this new gin and I can’t wait to get my hands on it…  You can trust that when I do a review is coming your way!!!

Next bit of news is that I picked up Sean Murphy’s book Gin Galore.  You might know Sean from his work with the Scotsman Food and Drink and also the podcast I’ll discuss later on.  I only received the book this afternoon so have only had a quick flick through but, essentially, the book lays out 50 Scottish Gins, some classic and some less well known, gives a bit of background (there’s those stories again) and then goes on to dish out perfect serves and cocktail recipes for each…  At the beginning of the book he discusses juniper itself, garnishes, gin styles and botanicals…  It seems to be a beginner’s guide to gin but with information even the biggest fans might be surprised by.  Again, I’ll pop a review of this up over time once I’ve read and digested it…  I will say that, even from my quick skim, this will be placed in my gin cabinet for reference purposes.  Sean is well informed, knowledgeable and passionate about his gins, knows the industry well and appears to be very likable…  I anticipate an easy read!

I mentioned a podcast earlier…  Sean and James Sutherland owner of 56 North (Twitter – @fiftysixnorth) in Edinburgh have got together and created a podcast which you can find via the Podbean app – TALK GIN (Twitter: @talkginpod).  So far there are, technically, four episodes.  I’ve hammered through three on my drives to work this week and they’re excellent.  Having experienced James through the Scottish Gin Masterclass at 56 North his passion and knowledge of the industy shines through.  The familiar tones of Sean’s Glaswegian accent are comforting to me!  Guests have, so far, included Jamie Shields from the Summerhall Drinks Lab (Twitter – SHDrinksLab), Arbikie’s Adam Hunter (Twitter: @ArbikieAdam) and James Porteous of Electric Spirit (Twitter: @ElecSpiritCo).  The guests give a bit of background on them, their spirits, the industry and their perspective as well as conversing in general terms with the hosts about all things gin.  Its absolutely worth a listen and certainly makes the journey to work a little more palatable!!  Although it does make you thirsty!

Final thing gin-wise I would like to mention is that every day on my social media channels until Christmas between 8 and 9pm I’ll be posting my GINVENT event where I’ll be showing you some interesting gins, some unique tonics and maybe just some basic combos you never thought of.  About halfway through the month this will move to exclusively Scottish Gins and incorporate more festive themed gins neared the big day.  I hope you’ll join me for that as I’ve spent a good bit of time thinking about the combos and I’d love your feedback on them.  I’ll also be posting more detailed information regarding the GINVENT event weekly here where I’ll round up that weeks G&Ts from the event and discuss them in a bit more depth.

Beer wise this week I haven’t seen too much happening…  Brewdog released their latest Fanzine beers – CLOUDED CLARITY, CARAMEL CAROUSEL and DOUBLE AGENT.  This is the first of the deliveries whereby they’ve reduced it to once a month.  I’ll do a full write up on these guys once I’ve tried them but, at the moment from the descriptions, it’s looking promising which, after a few sketchy deliveries, might have saved them!  We shall see.

Brewdog have also launched their first beer for dogs…  If your pooch looks at your beer longingly while you sit sipping then this might be worth picking up…  I understand it has been rigorously tested (a doggy version of Fanzine?) and it seems to go down well!

Every week I’ll sign off with the drinks I’ve been enjoying and maybe hit you with some chat about them…  For this month I will be leaving the GINVENT drinks out of this as they will be in a separate post.

Gins this week have included Lin Gin (Twitter: @LithDistillery).  I had tried this guy before but I felt it was too easily watered down with the tonic.  Lin Gin kindly reached out and told me that they recommend a ratio of 1:2 gin to tonic.  So I tried this last night and it worked so much better.  I garnished with with an orange wedge.  I actually really loved this gin.  What I noticed was that the gin itself completely changed when I added the tonic (I used @MerchantsHeart light) it really had no bitterness and was a lovely sweet, but not overly so, gin and tonic.  I absolutely will have this gin again.  I also tried City of London Distillery’s Christopher Wren gin…  Now…  I love the Six Bells that I received recently but this one…  I felt the tonic swept it away…  A gin that appeared full of flavour was lost in 150ml of fever tree.  Which is a shame given the quality of Six Bells.

Beers I’ve tucked into include:  Brewdog Punk which I generally love but, I dunno if I got a dodgy can or not, but this time it was super carbonated and was quite unpleasant…  Never had that before and I’ve tanned ALOT of Punk.  I also enjoyed a few pints of my current go to which is the Brewdog Lost Lager.  I’m in a real lager phase just now and the quiet tones of this particular one make it so easy to drink and something I can genuinely drink with great ease all night…  Its even better on draught!  I also tucked into a personal favourite…  West German Pale Ale (GPA).  I adore this beer and cannot wait until more people discover the level of tremendous within this little can so it’s easier to buy…  Try it I absolutely promise you it might be the beer king… 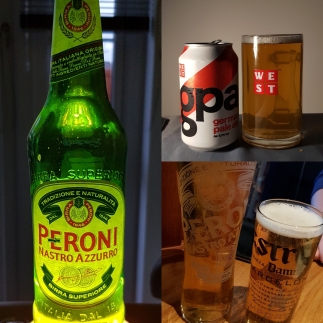 The restaurant down the road from me does a banging Sunday lunch and usually I enjoy a few pints of Peroni with it so this week was no different.  I really have grown to love Peroni these last few months as there’s something very safe about it.  Not full of flavour like a lot of your “craft” beers are which makes it perfect to enjoy with food…  In my opinion.  I then discovered the beauty that is Estrella Damm.  A stunning biscuity beer that I tried for the first time last Sunday and, I’ll be honest, has won a spot at the Sunday dinner.  I’ll 100% be getting some of this more regularly…  As well as a few bottles for the house!

Finally I hear Starbucks are doing a juniper latte…  I’m not sure what to say on that one to be honest…  It sounds like I’d rather be locked in a room with no windows, no company and only the dulcet tones of Cheryl Cole to keep me going than allow this monstrosity to exist.  I think Aviation Gin (Twitter: @AviationGin) put it best…

So that’s it for this week team.  Please give the blog and my social media channels a follow and please please feel free to fire any critique on the blog my way.  I’m just starting out and finding my feet so I’m absolutely happy to take feedback, good or bad, as well as suggestions for what to include.